…in England, essayist Lytton Strachey, 34, writes to his cousin and former lover, painter Duncan Grant, about to turn 29,

Are you waiting for Clive’s Art to come out to know what to think on that and every other subject?

Art, by critic Clive Bell, 32, one of Lytton’s Cambridge friends, is a tiny little book for such a big title. Using many of the ideas proposed earlier by his other Bloomsbury friend, Roger Fry, 47, Bell first puts forth the idea of “significant form.”

The year before, publisher Chatto and Windus had approached Fry to write such a book, but he was much too busy with his project, the Omega Workshops, founded with painter Vanessa Bell, 34, Clive’s wife and then Roger’s mistress, and Duncan.

Over 40 years ago, in Dr. Owen Herring’s Aesthetics class at Lycoming College [http://www.lycoming.edu/] in Pennsylvania, I came across Art when I was “the little girl with the glasses who studies in the library all the time.” Curled up in a comfy chair, right at the top of the library stairs, I remember thinking, “What a twit. He writes a tiny little book called Art! How pretentious.” Years later, when I did my Ph. D. research on early 20th century writers’ salons, and finally found out more about Clive Bell and the rest of his “Such Friends,” I discovered that I was right. He was a pretentious little twit. 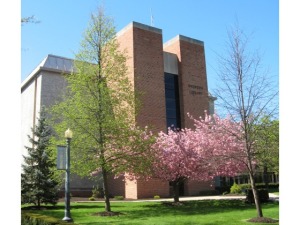 Finally. After seven months of the Dublin Lock Out, it’s over.

Although the bitter lockout of the Irish Transport and General Workers Union by the United Tramways Co. marked the first time that Irish workers were organized, the unions lost. Even their leader, Jim Larkin, about to turn 38, admitted, “We are beaten. We make no bones about it.”

Douglas Hyde, just turned 54, one of the founders of the Gaelic League as well as the Abbey Theatre, initially supported the political groups that grew out of the early months of the strike. But now he is thinking that he may have to resign from his League again, as he did last year. The League he founded 17 years before to preserve the Irish language is becoming too political for his taste, and his best option may be to leave.

This month, 100 years later in 2014, the Abbey Theatre, founded by Hyde and his “Such Friends,” is staging James Plunkett’s The Risen People, set in the time of the Lockout: http://www.abbeytheatre.ie/whats_on/event/the-risen-people/

The Abbey Theatre’s current production of The Risen People

Hyde’s friend and fellow Abbey founder, poet William Butler Yeats, 48, is spending another winter in Stone Cottage in the East Sussex countryside, with his new secretary/assistant, American student Ezra Pound, 28, delighted to be working closely with one of his literary heroes.

In the middle of the month, Yeats takes time out to attend a party in West Sussex for Wilfrid Scawen Blunt, 73. The two poets shared a friendship with Abbey founder and director, Lady Augusta Gregory, 61, with whom Blunt—but not Yeats—had an affair.

Farther west in the English countryside, at the Lacket in Wiltshire, Lytton Strachey, 34, is also writing and visiting London regularly. One of his Bloomsbury friends, Virginia Woolf, about to turn 32, married for one year to Lytton’s Cambridge buddy Leonard, 34, has volunteered to do his typing for him. For Virginia, working on her first novel, the typing is a welcome break to help her recuperate from one of her recurring bouts of mental illness.

Virginia’s sister, painter Vanessa Bell, 34, along with her husband, Clive, 32, and her former lover, Roger Fry, 47, are visiting Paris to find out what is going on in art. They have struck up a friendship with the city’s foremost ex-patriate art collectors, the Stein family from San Francisco. Vanessa, Clive and Roger have seen the Stein collection in the home of Michael, 48, and his wife Sarah, 43, on the Left Bank. Michael’s sister Gertrude, 39, who lives nearby at 27 rue de Fleurus, introduces the Brits to one of her favourite artists, Henri Matisse, just turned 44.

Gertrude is taking them to meet Pablo Picasso, 32, in his studio. Picasso has been championed by Gertrude and her brother, Leo, 41, who recently decided to live permanently in Italy. This leaves Gertrude and her partner, Alice B. Toklas, 36, also from San Francisco, on their own to continue the popular Saturday evening salons showcasing the art they are buying.

In the south of France, Lytton’s cousin, painter Duncan Grant, about to turn 29, is meeting up with their Bloomsbury friend, economist John Maynard Keynes, 30, who has come along with his mother, 52, to try his luck at the casinos of Monte Carlo.

Finally, George S Kaufman, 24, is getting by-lines for the features he is contributing to the New York Tribune. When his family moved to New York City from Pittsburgh a few years before, he had been thrilled to get a few squibs into the most read column in the city, “Good Humor,” compiled by the already legendary FPA [Franklin Pierce Adams, 32] in the Evening Mail. FPA had taken a liking to Kaufman and even secured him a full-time writing job with the Times in Washington, DC, publicly congratulating him in the Mail.

However, after Kaufman spent a year in DC, mostly playing stud poker at the National Press Club, the anti-Semitic owner of the Times had spotted him and loudly asked, “What’s that Jew doing in my city room?” Kaufman returned to Manhattan.

In addition to the free-lance pieces he is selling, in the evenings Kaufman is working on some plays with friends, and thinking it would be a good year to visit Europe for the first time.