When I first met my friend Pat, she told me that her great uncle, Edmund Ireton, had been a passenger on the RMS Lusitania, which was sunk by a German torpedo off the coast of Ireland in 1915. I was interested because my research into the Irish Literary Renaissance had led me to the story of the nephew of Abbey theatre founder Lady Augusta Gregory, Sir Hugh Lane, who also went down with the ship. Along with part of his art collection insured for $4 million. 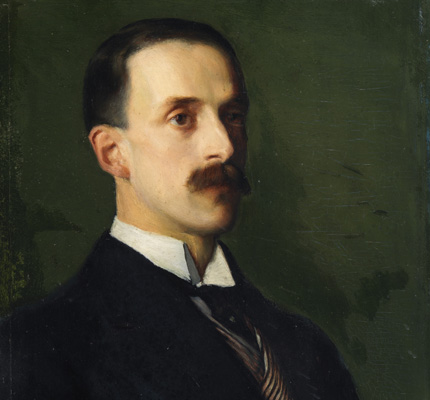 Pat and I talked then about doing a joint presentation about Hugh and Edmund, and, on the evening of Wednesday, 5th July, 2017, we are going to speak to the Birmingham [UK] Irish Heritage Association at the Irish Centre in Digbeth. All welcome.

In preparation for the big event, I took a day trip last Sunday to see the Lusitania exhibit at the Merseyside Maritime Museum, right on the Albert Dock in beautiful Liverpool. Pat had been a few years ago but, despite our many day trips to Liverpool, less than two hours away by train, I’d never seen this museum. Hey—there’s a lot to do there.

And I timed my trip to take in their annual commemoration of the anniversary of the sinking, at 2:10 pm on 7 May, 1915.

The ceremony is held each year near the propeller from the ship, still visibly damaged, which the Maritime Museum has installed nearby.

The Lusitania propeller in Liverpool

Ellie Moffat, the curator of the permanent Lusitania exhibit at the museum, read an excerpt from a letter written by a survivor, Winifred Hull, to her husband, describing in painful detail the moment the ship was hit and her lack of hope that she could survive.

Geoff Pawling, Mrs. Hull’s grandson, then read out other details from her letter, about how helpful the people of Queenstown, Ireland, were, and how horrible to see so many—1,193 men, women and children—corpses piled up.

Hugh Lane was more to Lady Gregory than a nephew. During his childhood he lived in Dorset, but spent many of his summers at her home Coole Park in the west of Ireland. She got him his first job as an art restorer, and he went on to become one of Ireland’s foremost art collectors. His promise of an art gallery for Dublin to house his collection is one of the reasons he earned a knighthood from the British government in 1909.  Remember—Ireland was still part of the UK then.

Any of you who have been to Dublin have seen the ubiquitous signs, ‘Hugh Lane Gallery,’ pointing to the imposing building just north of Parnell Square. 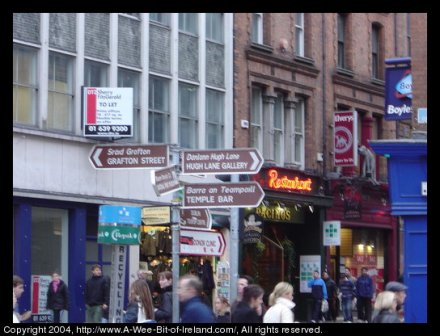 In early 1915, both Augusta and Hugh were in the States, hitting up rich Irish-Americans for money for the gallery. They were hosted in New York City by one of their targets, John Quinn. See how I got him in there?!

Quinn had warned both of them to not return to Ireland on a British ship like the Lusitania, fearing that it would indeed be torpedoed. When I read of his foresight, I was very impressed.

But my further research revealed that the German embassy had taken an ad in New York newspapers warning people to not sail on a British ship through what they considered to be a war zone.

German embassy ad next to Cunard ad for Lusitania

Hugh Lane boarded the Lusitania in New York on 1st May, 1915, along with Pat’s great uncle Edmund, and 1,958 other passengers; Hugh in first class, Edmund in third.

Hugh also brought with him some of the paintings he’d bought—Rembrandts, Rubens, Titians and Monets—secure in lead cylinders. Divers to the wreckage in 1994 saw cylinders in the hold. Are the paintings worth digging up? In that same year, the Irish government issued an Heritage Protection Order for the site, so there’s little chance we’ll ever find out.

Unfortunately, Hugh Lane’s legacy was one of the longest battles in Irish and British legal history.

Pissed off that the Dublin government hadn’t given him a decent building for his collection, Hugh left his paintings to the National Gallery in London in his will.

Before boarding the Lusitania he had a change of heart and wrote a codicil leaving them to Dublin. But no one witnessed it.

There began the saga, a full employment program for Irish and British lawyers—and a full-time job for Lady Gregory, who died in 1932—that dragged on for 44 years until 1959 when both sides agreed to share the paintings. Doh.

Les parapluies by Auguste Renoir, in the Dublin Municipal Gallery, for now

Today, you can see most of the paintings in the Dublin Municipal Gallery, the Hugh Lane [just follow the signs], although some are exchanged every few months for ones that the National Gallery still hold. Like most relationships, it’s complicated, but it works.

If you want to know more about Hugh, and Pat’s uncle Edmond, here is a link to a video of the whole presentation at the Birmingham Irish Centre. The good part starts about 1:50.

To read about American writers, Manager as Muse explores Scribner’s editor Maxwell Perkins’ work with F. Scott Fitzgerald, Ernest Hemingway and Thomas Wolfe and is available on Amazon in both print and Kindle versions.