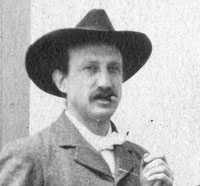 He has been holding forth on modern art in his Paris salon at 27 rue de Fleurus for the past few years, snapping up works by the new hot painters, Pablo Picasso, 30, and Henri Matisse, 42. But now his younger sister Gertrude, 38, is starting to develop her own philosophy of art. She champions Picasso; he prefers Matisse.

Worse yet, Gertrude is convinced that she can write the way the painters paint. Publishers and critics alike agree with Leo that Gertrude’s experiments are worthless. She even received this rejection letter from London:

And in addition, Gertrude’s friend, Alice B. Toklas, 35, from San Francisco like the Steins, has moved in. It’s time for Leo to think about moving out.

That spring and summer Gertrude and Alice are travelling in Spain. As Gertrude later describes their dress in The Autobiography of Alice B. Toklas:

‘In these days Gertrude wore a brown corduroy suit, jacket and skirt, a small straw cap, always crocheted for her by a woman in Fiesole, sandals, and she often carried a cane. That summer the head of the cane was of amber. It is more or less this costume without the cap and the cane that Picasso has painted in his portrait of her [six years earlier]…I used in those days of spanish travelling to wear what I was want to call my spanish disguise. I always wore a black silk coat, black gloves and black hat, the only pleasure I allowed myself were lovely artificial flowers on my hat.’

Gertrude Stein and Alice B. Toklas

Early in the year, the Irish-American collector John Quinn, 42, 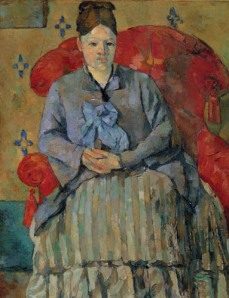 both bought from the dealer AmbroiseVollard, 46.

Artists Arthur B. Davies, 49, and Walt Kuhn, 35, are visiting Paris from America buying up all the contemporary art they can get their hands on: Cezanne! Matisse! Picasso! They can’t wait to get them for the fabulous show they are planning for next spring in New York City. The Americans are brought to Steins’ salon and are so impressed that when Davies leaves he bows and tips his hat to the door. Of his first sight of Brancusi’s sculpture, he tells their Paris representative, ‘That’s the kind of man I’m giving the show for!’