…British painter Duncan Grant, 24, is thrilled to visit the American ex-pat art collectors Gertrude Stein, 35, and Alice B. Toklas, about to turn 32, to see the latest art hung all over their walls.

He’s been to Paris many times, but this trip has been an even bigger eye opener for Duncan. Thanks to an introduction from a friend, he has been to the studio of Henri Matisse, 39, and was blown away. Here at Fleurus he’s seeing more Matisses and equally astounding works by other contemporaries.

Duncan has also been to Versailles with his current lover, economist John Maynard Keynes, 25. They’ve been living together since the end of last year in Fitzroy Square. But Duncan is starting to feel that this relationship has run its course. Time to move on. 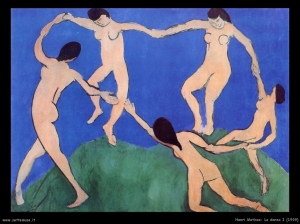 If you were able to watch the BBC Two drama Life in Squares about the Bloomsbury group, let us know what you think.