…recent composition graduate, Virgil Thomson, 27, is fondly remembering his time spent in Paris. He’d had the opportunity to study with Nadia Boulanger, 36, although he didn’t go along with all of her teaching methods, the way the other American ‘Boulangeries,’ as he called them, did.

And Virgil had also met one of his heroes, composer Erik Satie, 58. He’d hung out with fellow composer Darius Milhaud, 31, at a funky bistro near Place Vendome, Le boeuf sur la toit, named after one of Milhaud’s recent pieces.

Having returned to the States two years ago, Virgil is earning a little bit of money by writing music criticism for magazines like Vanity Fair, and working as an organist near Boston. He’d even spent a year in New York, playing and conducting. Both places seem cold and sterile to him.

And now, here he is, back at Harvard. As a teaching assistant.

But Virgil has had offers. He’s considering becoming the director of the music program at the University of South Carolina. Or taking a major organist post back home in Kansas.

No. He won’t. The time has come. Back to Paris.

“I said to my friends that if I was going to starve, I might as well starve where the food is good” 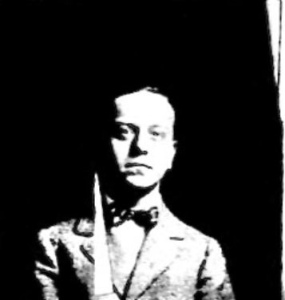